Christine Oakes worked as a manager for Barnes & Noble in Saratoga for eight years, from 2002-2010, and was fired. Ms. Oakes filed a wrongful discharge lawsuit against the 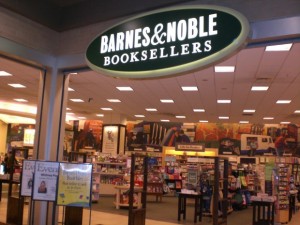 Barnes & Noble argued that Oakes was an at-will employee who was terminated for legitimate business reasons. The company stated that Oakes received the code of conduct rules and the company had received Oakes’ acknowledgement receipt in 1999, which, included where Oakes signed off on the basis she was free to leave Barnes & Noble anytime during her employment as an “at-will” employee.

Barnes & Noble also had an employee handbook, which began with a disclaimer that the handbook was provided for reference only and was not an employment contract. It further provided that employment was at will and employees could be terminated “at any time, with or without cause and without prior notice.”

The court then noted that although language in the handbook and other company documents supported Barnes & Noble’s position that Oakes was an at-will employee, there was also evidence supporting the existence of an unwritten policy of always using progressive discipline before an employee was discharged. Based on those facts, the court stated that the case could move forward to trial.

Employers should make sure to be aware of unwritten policies as well as written policies before terminating employees. This type of situation is exactly why I decided to write my new book 101 Costly HR Mistakes..and How to Fix Them! For more information click here to get your copy today!